Last week it was about an HR boiler that turned out to be unable to improve the efficiency of a gas heater. Instead of the promised 90 percent efficiency, the huge installation did not exceed 60 to 70 percent. It was not clear what the cause was, but the advice from the readers who responded point in the same direction: a radiator that is too small has been installed. It must be brought to too high a temperature in order to get it warm in the morning within a reasonable time. The way to increase efficiency runs along more and larger radiators. Such radiators can manage without supply water at 70 degrees and 50 is enough. It will then automatically remain cool enough in the HR installation to benefit more from condensation of flue gases. 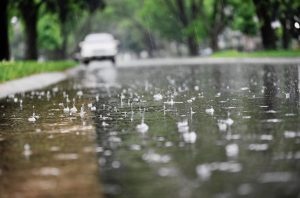 Another solution was mentioned: placing ‘radiator fans’, small fans that blow air from bottom to top along the radiator, thereby enhancing natural convection. They were discussed in this newspaper last year. The ‘forced convection’ increases the heat transfer to the ambient air. Experiments showed that as much as 9 percent improvement in efficiency can be expected. No small matter.

But that hum of those propellers! You would rather increase the convection along the radiators without creating noise. Wouldn’t it be wise to space the parallel panels of which they are composed further apart? Can’t the zigzagging interior that serves as a heat exchanger be modified? Shouldn’t the grille at the top be pulled away?

The decision was made to put it to the test. First, of course, the existing convection had to be measured. But how do you do that, how do you determine the speed of the rising airflow above a radiator? It seemed best to blow smoke into it and film the effect. For lack of cigars, a withered flower was set on fire, but to no avail. The idea of ​​blowing soap bubbles in the rising air seemed brilliant: they are eminently good to film.

It turned out to be a stupid plan: warm air at 45 degrees cannot carry a bubble full of air at 20 degrees. It reverse hardly succeeds. Air at 45 degrees is 8 percent less ‘heavy’ than air at 20, but a bubble of 5 cm (radius 2.5 cm) and a membrane thickness of 1,000 nanometers at least 8 milligrams of soap solution. The density difference between the warm and cool air (a difference of 95 milligrams per litre) just manages to keep this up. Not really. Keep in mind that in a bubble there is always a minimal overpressure in relation to the environment (here about 5 pascals, that is 0.5 mm water pressure) and, more importantly, that under soap bubbles there is often still a heavy drop of drainage moisture. You have to fill the average bubble with air at almost a hundred degrees to make it rise convincingly, has already been shown here. Only very large, very thin soap bubbles want to rise a little without heating if there is enough wind.

As with people who find it difficult to hold the thread of their thoughts, the focus shifted from the dull radiator to the beauty of the bubble. The secret of the bubble lies in the improbable thinness of the soap film: its thickness is of the order of magnitude of the wavelength of the light (400-800 nanometers). Only in such thin membranes can the typical interference colors arise that you also see in oil stains on water or wet asphalt.

They have to drain first

In a cluttered way the colors code for the thickness of the web and the slow color shift you see on all the bubbles is in fact an expression of gradual thickness change. The bell draineert, drains moisture downwards and becomes thinner at the top. Blow air through a straw or tube through water to which some Dreft had been added, then you will see soap bubbles forming in which after a few seconds developing interference colors. They must first drain and thin out.

You rarely, if ever, see color in the bubbles that heavy raindrops sometimes generate in pools of water. Turgenev gives in the story Old portraits a vivid description of the splendor of colors (red, yellow, blue, a rainbow, a diamond!) but he probably saw it in a lamp bowl. Blow bubbles yourself with a straw in clean tap water: not a trace of a color! It is likely that water bubbles are simply too thick, agrees former KNMI director Harry Fijnaut, who as a young scientist conducted research on soap film.

In water that is sufficiently organically polluted and has, as it were, acquired soap-like properties (including a lowered surface tension), rain bubbles with colors may arise. But the internet gave no examples. Whether the reduced surface tension is a condition It was not clear this week for the origin of the rain bubbles. Detlef Lohse, professor in Twente, was able to show by means of experiments with silicone oil that the ability of falling droplets to entrain air (‘entrainment’) is primarily determined by their size and speed (Journal of Fluid Mechanics, 2013). A supporting role of the surface tension is obvious, let’s leave it at that. 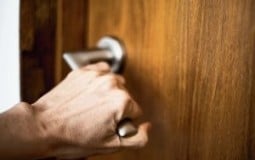 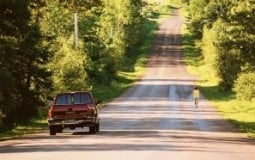