Strange discovery made this week, we will probably hear more about it. It started with the doors. Every year towards the end of the summer, the doors of the AW lab get stuck. This year again. Nobody is surprised because in the summer the humidity, the relative Humidity expressed in percentages, usually higher in the house than in winter because there is no heating. The difference with the humidity outside then disappears. The wood of doors and floors reacts to it and expands. 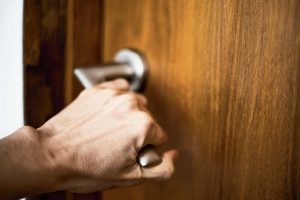 This year the doors were tighter than usual because the pleasant summer (‘drier than normal’) that Weeronline announced so festively in mid-June, has not been missed. It was raining like crazy and the wind wouldn’t settle in the dry corner. At the beginning of September you had to kick open the doors.

The desire to learn more about the relationship between moisture and wood brought an informative piece to the screen by Italian researchers Camuffo and Pagan. It was a chapter from a 2006 book and deals with the damage that paintings, antique wooden panels and cabinets and other objects of cultural-historical significance suffer from high humidity, from strong exchanges in the humidity, and also of less strong fluctuations but fluctuations around a critical value. Physicist Dario Camuffo prefaces the warnings with a thorough consideration of humidity. He explains why warm water vapor in warm air can reach a higher concentration than in cold (there is less tendency for condensation) and shows how much of a difference it makes. Air can hold 7 percent more water per degree increase in temperature. There is so much more worth mentioning.

Today it is important that most organic material, such as paper and wood, as well as hair, wool and textiles, react more clearly to changes in the relative humidity than on the absolute humidity. Absolute humidity indicates how many grams of water there are in a cubic meter of air. Relative humidity (RH) is the ratio between the amount of water vapor that is in the air at a given moment and the maximum amount that could have been there at the prevailing temperature.

Something like hair, including human hair, stretches almost directly proportional to the RH when it gets moist (until eventually above 90 percent the stretch is lost). When the weather dries up, they shrink. The sensitive hair hygrometer, which was devised around 1780, is based on this principle. It is unfortunate that hairs are also sensitive to temperature, they also shrink when they get warmer. Herein lies the weakness of the hair hygrometer.

Wooden planks can widen by many percent in transverse (tangential direction) as the RV rises, Camuffo and Pagan also show. They hardly react in the longitudinal direction.

Anyway. The aforementioned discovery came from the second piece on moisture and cultural heritage that appeared on the screen. Australian chemist Peter Brimblecombe published it in 2013 in Heritage Science. Again a lot of useful information, now for example about the behavior of salt in the pores of all kinds of rocks of cultural-historical significance, but all this explicitly set against the intriguing observation that relative humidity in England has been falling for decades. It is derived from sightings at Gatwick and Heathrow airfields that began in 1950. Mind you: the absolute humidity rises in accordance with climate change. The relative is falling, and by the end of this century it could be as much as 10 percent lower than it was in 1950.

No more than two lines

On closer inspection, it appears that this was briefly pointed out in the penultimate IPCC report (AR5 of 2013). The latest report (AR6), which is still being edited, goes into more detail in the draft version. But the summary for policymakers (SPM) published at the beginning of August is silent about this and the bulky technical summary (TS) has reserved no more than two lines for it.

The main report confirms the observation that the RH over land fell by about 0.4 to 0.8 percent per decade and finds that the climate models cannot reproduce this well. There is, however, an explanation for the phenomenon: the land masses are warming faster than the oceans and there is also the effect of a changed circulation pattern. Also could with medium confidence be blamed. (Human.)

For objects of cultural-historical significance in our environment (cupboards, chairs, statues, etc.), the decreasing relative humidity is good news, Brimblecombe thinks, provided that it does not get stuck around a value at which salt crystals reversibly absorb and release water. It is also best for objects of cultural-historical significance such as the relative humidity constant is.

Important: people can also benefit from the decreasing humidity. It is known that feelings of comfort at higher temperatures are also and mainly determined by the prevailing (relative) humidity. After all, it decides on the ease with which skin moisture evaporates and people can keep themselves cool. You would even dare to suspect that the number of heat deaths later in the century is lower than assumed. 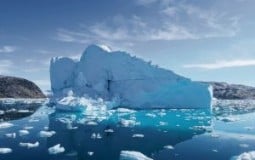